I spend a fair bit of my free time looking at photographs by other pro and amateur photographers. And when I see a great photograph, there’s a question that keeps bugging me. Given the same opportunity, would I have the talent to get the same shot? Obviously there are some variables – the gear used, experience, different specialities etc. But I can’t get that question out of my head. So, every now and again I decide to give myself an opportunity. About 18 months ago I went on a Wild Arena photography day to the Living Rainforest in Hampshire.

The day was a chance to go behind the scenes and work with some pretty dudey animals. Yes, dudey is a word and its my word. Normally there is no way in heck I would get the opportunity to photograph these animals up close and personal. But by going through a company that runs special photography days I got not only the animal handlers help, a pro’s help and the access – I got a window to see if I could get a good shot.

Now these photos are not going to be gracing the glossy front page any time soon, but they keep me going. Not only because I got shots I was happy with, but because I got them with my old camera – proof of the saying “the best camera in the world is the one you have with you”. The group I was shooting with that day comprised of a pro with a Canon 5D mk2, and three amateurs with a variety of DSLR’s. When we first arrived, we sat at the table and one by one, the hefty DSLR’s with specialist macro lens’  started to be plonked down, cleaning cloths and lens hoods were deployed and the gear parade started. Now red with embarrassment I unzipped my little holed camera bag and pulled out my fuji bridge camera – which by now was looking pretty battered. “Ah” was the best the guy running the group could come up with. Followed by “you won’t be able to use the flash lamps we brought”. So, after getting off to a shaky start we began to take photos.

And I’m proud of the ones I got. Not least because I am terrified of spiders! Of course I had to make concessions to the gear. As I didn’t have a macro lens I had to get close to the critters, but that limits the time I will photograph them. I did my degree in Conservation Biology, and there is no way on this earth that I will cause unnecessary stress to an animal for the sake of a photo. Not for all the glossy covers I could lay claim to. Nor did I want to stop any of the other photographers to be able to get a shot because I was being selfish. And not all of them worked, try as I might I could not get a good shot of this Madagascan hissing cockroach:

And this snake wasn’t exactly being helpful either!

The Geldis Monkeys gave me perhaps the most difficult challenge with the lighting. In the end, the only way I could rescue the shot was by going monochrome, as I could not alter the ISO, or shoot in RAW as I would now.

So to answer my own question – Can I get shots that match the pro’s? Well, partly that’s up to you to decide. I don’t think so. Not yet. Not yet. Those two words that keep me doing when a shot fails and I want to sell my camera because I think I don’t deserve it. I’m not there yet. But that’s not the same as no. No would be a failure. But selling the camera would be a greater failure, a failure to try. And to me, photography is too important to quit. 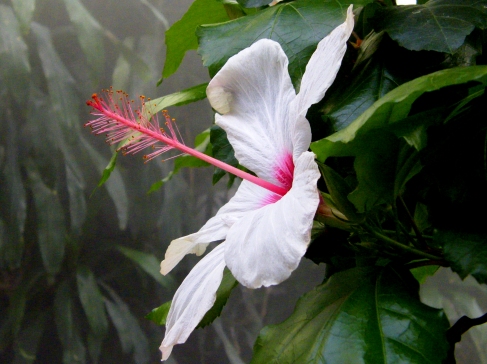